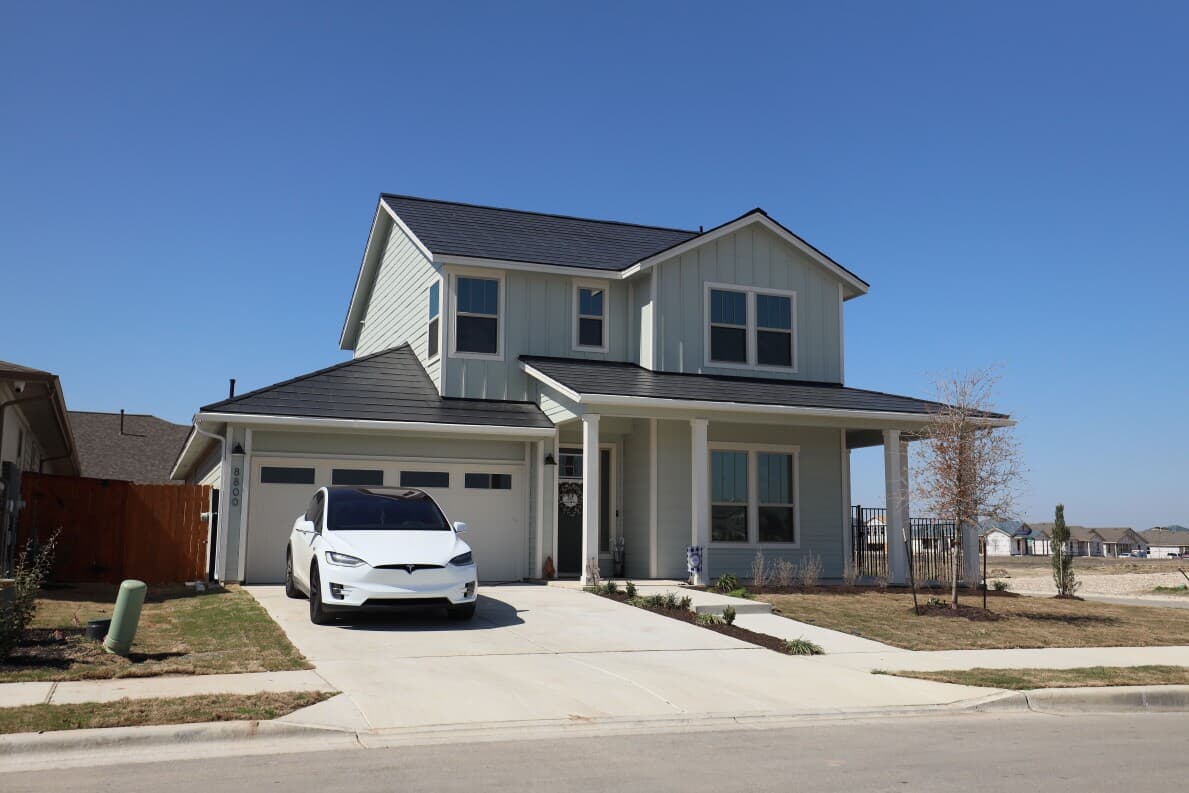 Austinites are excited about Tesla’s Gigafactory coming to town, but what they might not know is that Tesla Solar is there, too. In 2021, Brookfield Residential announced a partnership that allows the company to include Tesla Solar Roof and Powerwall systems on select new homes in Austin’s Easton Park neighborhood. Now, the first residents have moved in and are experiencing the power of solar energy.

"I’ve always been really intrigued by Tesla and the technology behind it,” said Brookfield customer Tanner J. “I’ve had a car for a while, and when I found out there was an option for a roof and Powerwall, I wanted to jump in and save some money on electricity costs!"

For customer Mario D, the decision to buy a Brookfield home with the Tesla Solar Package made financial sense. “I did a cost-benefit analysis: I went to the Tesla site and put in the same characteristics of the house we’re buying and what it would cost to add a Tesla Roof,” Mario said. “There’s a big cost savings getting it installed.”

A Beautiful Home That Works for You

While the homes have been going up in the Easton Park neighborhood for several months, residents might not have even noticed the special Tesla Solar Roofs. Unlike traditional solar panels that sit atop a home, Tesla’s product is fully integrated into the design of the roof itself, giving it a sleek and seamless appearance. The Tesla roof tiles are engineered with all-weather protection and come with a 25-year warranty—we liked this video of them being hit with a hammer. 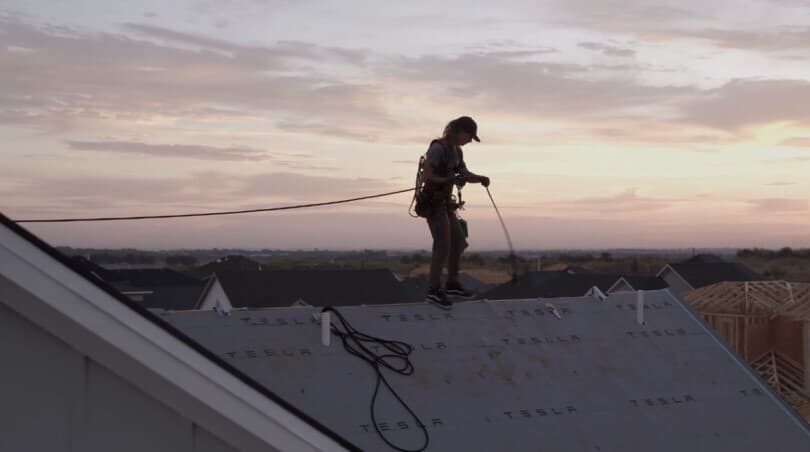 Power When You Need It

Tesla expects that each roof will produce sufficient energy to power the average home and reduce demand on the local energy grid. One of the best parts of the system is the Tesla Powerwall, which stores the solar energy collected by the roof tiles. Energy in the Powerwall is available on-demand, even in the event of an outage. That sounds pretty good to any of us who lost power in last February’s storm. These homes also come pre-wired for an electric vehicle charging station, which could be critical for EV drivers in the event of an outage.

Mario also liked that if his system overproduces, he can sell additional electricity back to the grid. “I can generate passive income long-term by using the same energy-saving habits I already have.”